Here is how to use the built-in self test routines of the HP Palmtops:

Note for Doublespeed-upgraded Palmtops: If you have the doublespeed upgrade installed, the screen might be unreadable due to distorted font, because the doublespeed driver is not loaded and cannot be loaded at that stage. Connecting the Palmtop to an AC adapter might help in this case to make the screen more readable (internally some voltages and thus feequencies might change slightly, that may make a difference). If that doesn't help, you would need to use the test "blindly", as far as this works. E.g. the keyboard test can be used blindly, if you know how it works. A second Palmtop with a readable screen helps in this case - simply do everything on both palmtops in parallel.

If the screen is readable, and you want to check wether you have a doublespeed-upgraded Palmtop or not, use the "Timers" test:

Note: The keyboard test may need a little explanation: During the test there are numbers displayed that denote the key you need to press in order to test it. The numbers mean:

If you see this "RAM4 bad" message or something similar, you may just have destroyed your flash card with the RAM card test :-( : 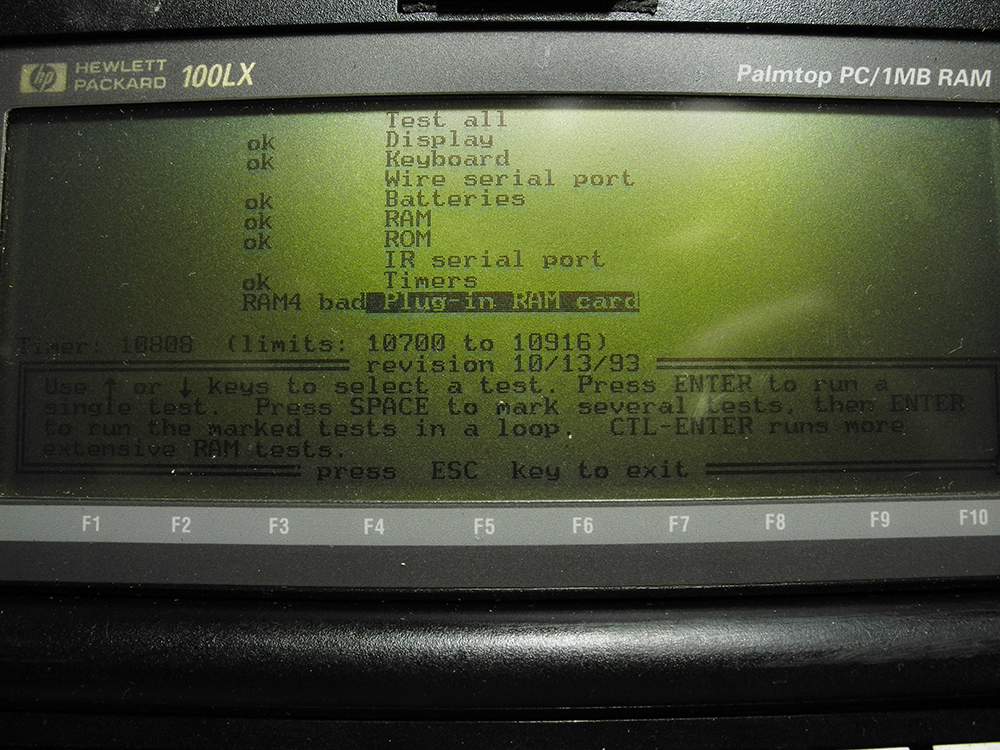