The palmtop Hewlett Packard 200LX is the successor of the very famous 95LX and 100LX palmtops. Project names at HP were "Cougar" for the 100LX and "Felix" for the 200LX.

The 100LX and 200LX machines have an Intel 80186 CPU, running at a speed of almost 7.91 MHz (upgradeable to 15,8 MHz), 640 kB System RAM, the remaining space on the internal RAM chips is used as a RAM disk. For all the possible memory configurations, see below.

The 100LX/200LX has a CGA compatible graphics adapter with 640 * 200 pixels, the screen has 4 different gray shades in CGA mode. Text mode is the standard 80*25 characters mode at either black and white or color, colors are mapped to the 4 gray shades, the way of mapping is adjustable.

They have a PCMCIA 2.0 type II slot, which can take memory or I/O cards, such as modern flash or compact flash cards up to several hundered Megabytes, modems or network cards. However, the maximum current draw allowed for a PCMCIA card is limited to 150mA at 5V, so many network cards and modems don´t work. The IBM Microdrive and comparable products (including the Iomega Clik) are also too power-hungry.

For communications, the palmtop has a wired serial port and an Infrared port. The wired port is a full-featured RS232-C port. The infrared port is not an IrDA port, but it is the good old HP-SIR. However, there are ways to make the IR port IrDA-compliant for several purposes. Read this page.

The palmtop runs on two AA cells, and you gan get up to about 35 hours of usage from two fresh Alkalines or Lithium AAs. If you prefer to use NiCads or NiMHs, the palmtop supports charging the cells when connected to an AC adapter. A backup battery (Lithium, CR2032) takes care of your data in case the main batteries fail.

And due to the MS-DOS compatibility, the 100LX/200LX is expandable by many, many MS-DOS programs. The biggest HP palmtop software archive is the S.U.P.E.R. archive on www.hp200lx.net.

Note that the total amount of memory is always shared between storage memory and system RAM. System RAM can be up to about 640 kB, which would for example result in 1.4 MB C: drive space on a 2 MB machine.

The upgrades from 32 MB up to 96 MB even create one or two more logical DOS drives on your palmtop, because in order to handle them, additional address lines must be used which are not used for RAM drives by default. The necessary lines from the CPU to the memory board are established by thin wires (see below) and a driver is loaded, which enables these address lines and lets you use the additional RAM as addidtional DOS drives. So, on most upgraded palmtops, the 32 / 64 MB drive has the drive letter F: (which can be swapped with C: by an additional little program). The 96 MB upgrade can result in either one or two additional drive(s), depending on the motherboard layout. In case of two additional drives, these are splitted into one 32 MB and one 64 MB drive.

This is a 200LX motherboard with 1 MB RAM on-board and the socket for a memory daughter board: 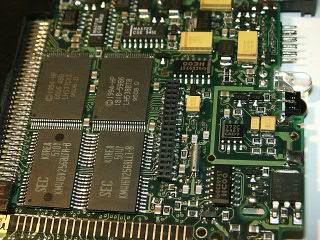 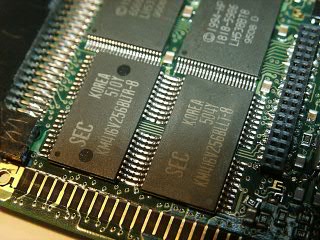 This is a 200LX motherboard with 2 MB RAM on-board and the socket for a memory daughter board: 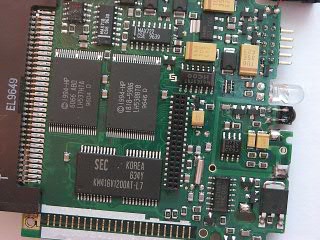 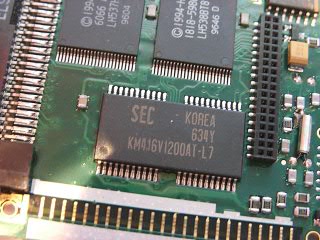 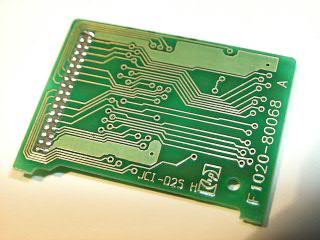 This is a 2MB daughterboard from a 4MB 200LX (which has 2MB on-board memory): 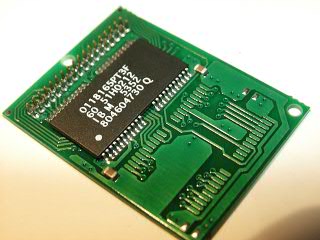 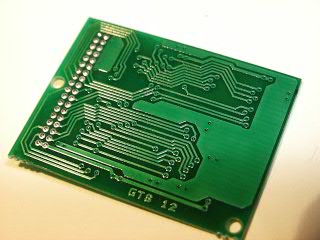